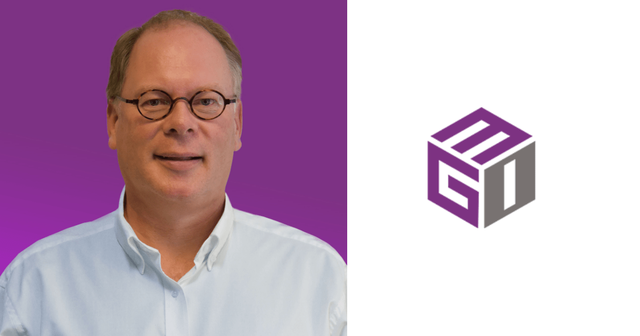 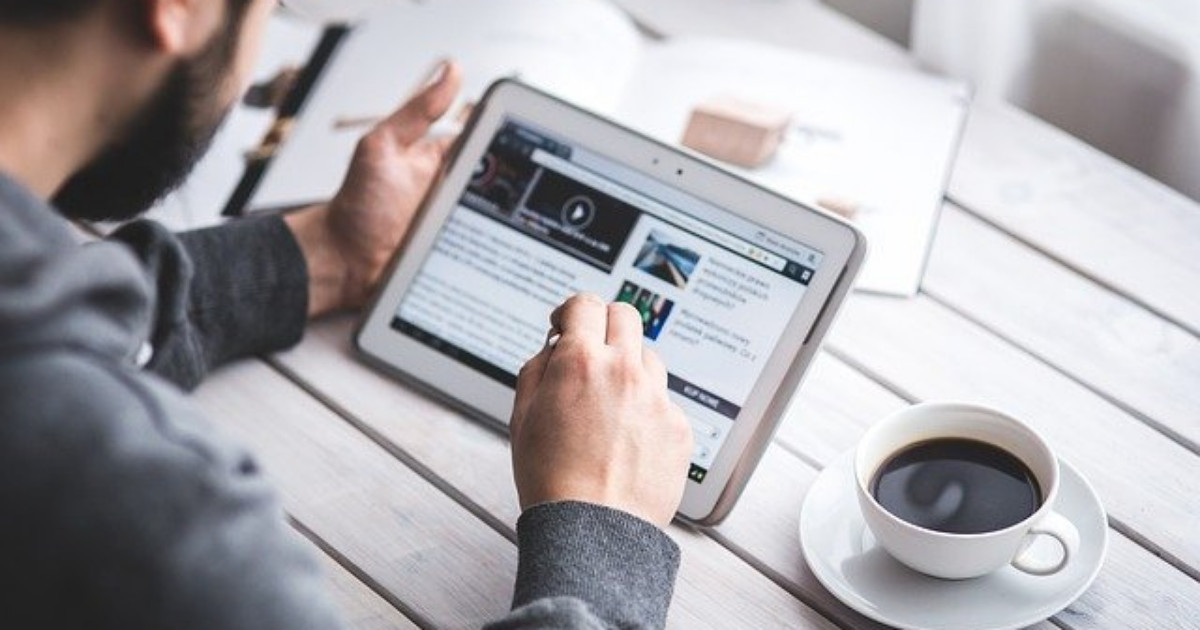 Köpflöden i Media and Games Invest 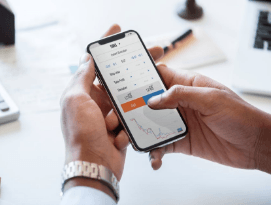 Can you tell us a little bit about yourself and your background?

I am managing Media and Games Invest (‘MGI’) as its CEO for over eight years now. Following my studies in business economics, I have more than 25 years of professional experience, thereof more than 15 years in the mobile and online entertainment industry. Here, I worked several management roles, for example at Sonera and founded the listed Bob Mobile AG (today Cliqdigital AG).

In 2012 I entered the dynamic and fast-growing market for games by acquiring 100% of the shares of gamigo AG from Axel Springer, which was integrated into MGI in 2018. Since 2013 we have been building a fast-growing online games company utilizing a successful M&A strategy.

Tell us briefly about Media and Games Invest. What is the company doing?

MGI is a gaming company, focusing on publishing sustainable games such as MMO games. Played by thousands of players simultaneously, they accumulated a loyal player base over a substantial period of time. Our portfolio includes games such as Trove, ArcheAge, Fiesta Online and the recently in beta phase released Atlas Rouges. Starting in 2017 we began building up our supportive media business unit, which gives us a clear competitive advantage in terms of user acquisition for our games next to being an attractive business by itself. MGI has shown continuous profitable growth based on organic as well as inorganic growth through M&A over the last six years with a CAGR of over 40% per year.

You've been listed in Sweden since the beginning of October, in parallel to your original listing in Germany. What caused you to come here and what is your experience so far?

In recent years, a strong gaming cluster has developed on Nasdaq Stockholm. This includes successful companies such as Embracer, Stillfront and Paradox, whose share prices have risen between 230% and 1,117% in the past three years. Gaming is one of the hottest topics on the capital market in Stockholm and many investors are familiar with the gaming business. This applies to both institutional and private investors. Our capital increase, which we issued together with the listing, was accordingly three times oversubscribed and we have convinced strong long-term investors such as e.g., UBS, Skandia and Atlant of our strategy. We have already been listed on the Frankfurt stock exchange since 2018, however, we have come to the realization that the affinity of German investors for gaming has been rather limited so far. As such it is a very refreshing experience to now have the Swedish listing, which also had an international impact in, e.g. the UK and the USA. The visibility of MGI has increased significantly due to the listing on Nasdaq Nordic.

Which ones of the Swedish Gaming Companies do you compare yourself to most of all?

The gaming market is considerable, each gaming company has its own characteristics; we are not 1:1 comparable. But I would assume that Stillfront is the closest to us, followed by Embracer. Both are pursuing a buy & build M&A model, which we also do with now well over 30 M&A transactions in the past years. Stillfront is more comparable from a gaming portfolio perspective with its free to play MMO’s. Embracer, however, has, by acquiring Koch Media, also invested in getting more control over its distribution. Something we also do by acquiring media companies, with the difference however, that we only do digital distribution. Also, Embracer has recently acquired an influencer and a PR company to further strengthen the distribution. We also strongly believe in influencers since they have a positive and strong impact on game launches; we acquired its first influencer business in 2017. Stillfront and Embracer were, however, already much earlier listed on the Swedish Nasdaq and were able to translate their high valuations into M&A, which gave them a head start. In terms of valuation, we obviously still have some room for improvement when you look at our peers. That of course, also offers an upside for investors.

What makes Media and Games Invest stand out from the competition?

Definitely our focus on a low-risk approach; while most game companies are betting on new game launches and take a riskier approach, we concentrate on MMO games with long-term revenue streams in combination with strong revenue diversification, limited maintenance CAPEX and a strong media unit for more efficient user acquisition. We also integrate the companies that we acquire, because we are convinced that by doing this the company can be managed more efficiently in the long run.

Besides your gaming operations, you also have a Media segment. What is the rationale behind this setup and what are the synergies?

We are first and foremost a gaming company but did decide a few years ago to add a synergetic media unit. To be successful in gaming the two most important factors are 1) content and 2) user acquisition. With a strong in-house media unit, we can purchase advertising for our games at a lower price due to the high level of expertise and data-efficiency, and at the same time sell our own advertising space with a higher margin. Thus, we win on both ends of the value chain. In addition, we also generate revenues and good margins from other advertisers, thus also spreading the risks here.

The ongoing Covid-19 pandemic has been a boom to the gaming industry. Have you noticed a renewed increase of user inflow, now that the second wave of infections is hitting many parts of the world?

We have seen a significant positive effect resulting from Corona in Q2 of 2020. With strict lockdowns, our user base played longer times and spent more. On top of that, we were able to generate a considerably larger number of new users than in normal times. While the effects of the current lockdown light are not as strong as in spring, we see that the majority of the new players joining us in Q2 continued to play our games during the strong third quarter and that they are still very active also in the fourth quarter. This coupled with a lot of activity in our games portfolio, gives us tailwind for an even strong fourth quarter.

Is there a difference between the users that you have acquired during the pandemic and your “regular” users? Do you expect them to stick around also after the Covid-situation has normalized again?

It is still a bit early to say, but as far as we can judge now, the new players added during Q2 show similar behaviors and uptake on spending just like the players who joined before Covid.

You have an outspoken M&A agenda and you just placed a bond of 80 Meuro successfully. Should we expect any deals in the near future? In which areas do you want to grow primarily?

Yes, we are very happy with the placement of the bond, which we will partly use to refinance our old gamigo bond that had a substantially higher interest rate. Before we raised the bond, with the listing on Nasdaq First north Premier, we also raised SEK 300 million equity; as a result, we now have more than 60 million euro free cash to take advantage of M&A opportunities. Our M&A focus is on gaming, our current top five targets include four gaming companies and one media company.

Stillfront recently stated that they are expecting higher M&A multiples for 2021. Have you noticed a similar trend in your discussions with potential takeover targets?

Multiples are, as we see it, very much related to the size of the M&A targets. For the targets that we are focusing on, with below 20 million euros in annual revenues, there is still a multitude of targets available and we don’t see multiples going up. However, we see rising valuations for the larger targets. With Stillfront and Embracer and many others focusing on larger acquisitions, they start to get in competition with giants such as Tencent and Ubisoft who are also focusing on these targets.

Five years down the road – what will Media and Games Invest look like?

We will continue to do what we are doing now, growing via a combination of M&A and organic growth. Historically we have been growing with 40+% CAGR, for the future, we expect a minimum of 25 to 30% per year with a possibility of more. It is for us, however, very important to keep our low-risk focus as well as our focus on profitability. So, it’s not about growth at any price. It would make me proud if we can grow the company to the size of a unicorn or even a bit larger.

Last but not least, why should one consider an investment in Media and Games Invest?

We have a strong track record of profitable growth since we started this strategy 8 years ago. We have had more than a tenfold increase in our revenues and grew our EBITDA from negative to 25 million euros within the last eight years. Now, being much larger and with our great games portfolio as well as our access to capital markets we are very well positioned in the gaming market and ready for further growth. On the other hand, our valuation in comparison to our peers doesn’t yet reflect this fact. We welcome investors that want to join us on our journey! 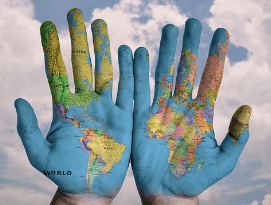 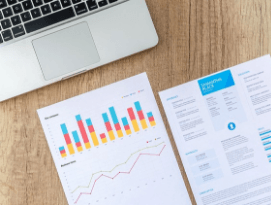 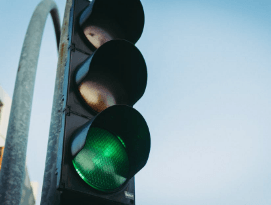 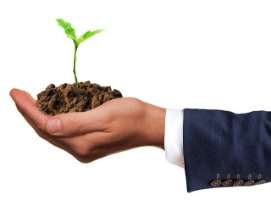